“If you could do or be anything you want, what would do?” For as long as I can remember, my answer has always been the same.  I want to give back and help others. I want to start my own charity and volunteer in a less developed country. Ultimately, I want to make a difference in someone’s life.

Then reality struck. I got a job, settled down and prepared for my life as it seemed to be going. My dreams of volunteering and making a difference took a back seat to the hustle bustle of everyday life. I brushed it off as “just a dream” because it just didn’t seem practical or good timing. Then in January, everything I knew got turned upside down and I began to reevaluate my life, who I am (or am not) doing and I declared 2012 The Year Of Caryn.

Some of my goals for The Year Of Caryn include actually making time to do the things that I’ve always wanted to do but managed to make excuses for as well as focusing on me. Those excuses stopped the second I put up that post. I realized if I really wanted something to change or to do something different, I had to do something about it. No more just sitting on the couch waiting for change. I had to go out and make that shit happen.

So I am done dreaming, done waiting for things to happen to me, done making excuses. I am on a positive path of self improvement and I am making my dreams a reality. So, in September, I am going to Africa! That’s right, I am spending 4 weeks  (FOUR!!!) volunteering in Tanzania! There are three volunteer programs to choose from: Caregiving (caring for kids in orphanages and daycares), Teaching English, (schools are overcrowded and there is a shortage of teachers and resources), or Community Development (women empowerment or helping AIDS patients). Because I have always felt that I was meant to do something big in this world, to give back, to make a difference in someone’s life, I want to be a role model and help educate the children. I want to immerse myself in the culture and make an impact on their lives. I am going with an international volunteer organization called Cross Cultural Solutions.  I am shaking with excitement, I cannot wait!

People ask why Africa? Because it just feels right. Ever since I was little, I have always envisioned myself volunteering in Africa so I want to follow that gut feeling. There is something to be said about following your intuition. Plus, one of my biggest Life List goals is to go on an African Safari. So why not kill two birds with one stone?

I originally planned to go in April but as April is almost over, you can deduce that it didn’t work out. As it turns out, it is rainy season now and it just didn’t give me enough time to prepare. My program runs 9/22 – 10/20 and I’m hoping to catch the return of the Serengeti migration and avoid the second rainy season. The best part? I don’t have to quit my job! I am extremely lucky that my company is supportive of my volunteer dreams and is letting me take this 4 week sabbatical. I have been itching to share this but had to go through proper HR protocol first. I am so excited I want to scream it from the rooftops!

Currently, I am trying to figure out the best flight path to get there that is the most cost efficient/shortest possible route. Looks like it will be 18-24 hours of traveling with a stop in Europe. If I can have my pit stop in Rome, and get to visit Africa and Italy in one trip, I might just be the happiest person on earth. But first, in order to be allowed into the country, I need to apply for a work permit and visa as well as clear all medical requirements. It is a good thing I am not scared of shots because I have a laundry list of shots I need to have done before I leave.

It isn’t required to have the Hep A/B shot series 100% completed before you leave, but because I am a planner like that and am aware of my travel plans so far in advance, I’d rather have everything completed before I leave. There is a lot to be done and anxieties to be calmed which could mean a lot of room for making excuses. But I won’t let happen. This dream will be checked off my list.

Shots I cleared 6 months out: My doctor did a blood test to check for evidence of previous childhood vaccinations. I am all about saving money and not repeating tests. They found remnants of Hep B, mumps, and Rubella in my blood.

Yellow Fever * (March 13) Yellow fever is spread through the bite of an infected mosquito and is not transferable by direct contact. I asked my Dr. of all the shots “I need, which will be the worst?” And the Dr. smiled and said “This one!” as she stabbed the back of my arm with the vaccine. It felt like she was holding the needle in place in my arm even after it had long been removed. It didn’t hurt though, just stung/burned/tingled for about 30 seconds. It has a reputation of being one of the worst shots and often gets people sick with flu-like symptoms and/or swelling at the site of the injection. I luckily didn’t get sick. In fact, I had such a mild reaction, if it weren’t for the stinging, I would have wondered if I actually received the correct shot. It only made my jaw and joints feel stiff that afternoon. I woke up the next day with a pretty bad hangover-like-headache without having had any alcohol the night before. If that was the worst shot, bring on Africa!

Hep B booster – (March 27) I had already  have remnants in my blood from when I was child, so the Dr. said a one time shot of Hep B would suffice.

In July I return for the Meningitis, Typhoid and Measles shots and then the week before I leave I finish my Hep A series and pick up my Malaria pills.  These pills supposedly can make you hallucinate, so we’ll see how that goes.

*my mom keeps saying “she got yellow fever” and this cracks me up. I got the yellow fever shot, not the disease, thanks! Oh, semantics.

I know there are risks to going to Africa. If I don’t go now, when will I?  I’ve always believed actions speak louder than words. I am putting my words to action and making my dreams come true. I AM GOING TO AFRICA!! NBD. JK. OMG! BFD! 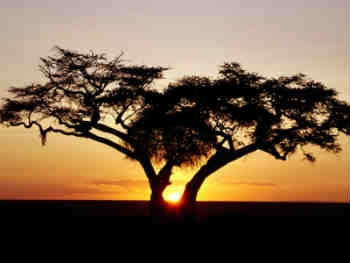 What dreams can you make a reality?

** UPDATE: as of 7/27 all shots complete. I can’t believe how time has gone so quickly.

Typhoid – no big deal. Just your average shot. You have a choice of taking a one time shot that requires a booster dose every two years for those who remain at risk or taking live vaccine pills. I chose the shot as it’s easy. One shot and your done. You just need to get it at least two weeks before travel to allow the vaccine time to work. The other option, taking oral pills, is more complicated. You need to take four doses which are given two days apart for each dose. The last dose needs to be taken at least one week before traveling. The bonus to the pills is that the booster dose is needed every five years for people who continue to travel. I prefer one and done.

MMR (Measles Mumps Rubella) or Meningitis – I don’t know which was which but NO WONDER KIDS CRY when they get shots. I am a pro at shots. They rarely phase me. But this one sucked. It was worse than the Yellow Fever vaccine for sure. I was advised to take advil or that it might swell, neither of which applied to me but it was a beast of a shot.

Hi! My name is Caryn. I'm a midwest transplant living on the east coast. I love games, asking questions, making lists, and sunshine. I dream of someday owning an antique car, starting my own charity, and traveling the world. Welcome to my Blog! View all posts by Caryn

25 thoughts on “The one where I stop making excuses and decide to make shit happen.”

Hi! My name is Caryn. I'm a midwestern transplant living on the east coast. I love being active and experiencing life, nature, and am always planning my next travel opportunity. I am a dreamer and optimist, yet still a realist. My goal here is to share stories - travel & personal, and hopefully share insightful thoughts and inspire others in positive ways. Welcome to my blog!

A bit of my community